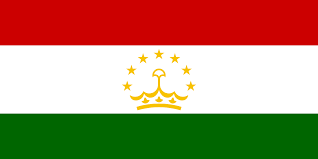 Making your way slowly along the rugged Pamir highway in Tajikistan, you sometimes have to remind yourself that the route was one of the major arteries for the ancient Silk Road. And that was before Russian engineers laid their hands on it in the 1930s to construct the M41 between Khorog (Tajikistan) and Osh (Kyrgyzstan) in the Fergana Valley.

Hugging Afghanistan’s Balkh frontier, the road is mainly unpaved and remains scarred by erosion, earthquakes, avalanches and landslides. A mountainous terrain more accommodating to yaks and yurts, the road is the second highest international highway in the world (4,655 m).

The Pamir highway is a good introduction to the logistical challenges Tajikistan face. Tajikistan is landlocked and trading with it can be as tough as the Pamir Mountains. The country has limited access to markets, and the distance to foreign markets is some of the largest in the world.

Tajikistan is ranked towards the bottom (131st) of the overall Logistics Performance Index (LPI) and the transport sector remains underdeveloped, including railroads and airport. The most accessible sea ports are Poti (Georgia) and Riga (Latvia). The port cities of Bandar Abbas (Iran) and Karachi (Pakistan) are closer, but because of sanctions, a lack of trade and transit agreements, these ports aren’t viable options.

The country’s tense relationships with Uzbekistan and Kyrgyzstan, through which most of Tajikistan’s major trade routes lie, further limit market access. Most cargo arrives by rail through the Uzbekistan-Kazakhstan-Russia railway. However, the Uzbek railway creates major delays and 2012 tariffs hikes are also not promoting trade. Despite the demand for transportation, many trucks heading to the Uzbek border leave Tajikistan empty, as land borders are often very difficult to negotiate and custom officials are corrupt.

In recent years, Tajikistan’s biggest economic contributor has been remittances and not trade. The country is the most remittance-dependent in the world, with cash transfers accounting for approximately half of the economy, mainly from Russia. However, foreign direct investment, notably in infrastructure, is on the increase.

In the new “great game”, China plans to invest $6bn in Tajikistan over the next three years, reviving the centuries-old Silk Road trade. Historically the Northern Silk route connected the ancient Chinese capital of Xi’an with Kashgar, before crossing the Pamir Mountains and linking to ancient Parthia (Northern Iran).

Through the years, the Pamir has seen number of armies pass through its territory, including a civil war in the 1990s that is still simmering in the region. Most Pamiris would be hopeful that similar to the days of the Silk Road, that it is trade and new ideas that will drive the agenda for years to come.